“All of these challenges, while conquerable, help us to realize what a gift it is to dance in a studio.”

I live in a small apartment. It’s about 740 square feet — just barely enough for two adults, all their stuff, and one cute beagle. I’ve never had negative feelings about living in a small space though. Considering the fact that we will be moving soon and it’s not permanent, I try not to stress about it. But the past six months has had me wishing I had infinite square footage, or at least a spare room at my disposal.

These are my top home studio complaints and struggles. I don’t think that I’m alone when I say that we may have taken some things for granted when we were in the studio…

1.) Finding justtt the right space – My home ballet journey has definitely evolved over the past six (now almost seven?!) months. When this all started, it seemed like such a funny, novelty moment to grab my dance bag, dress for class, and head to the kitchen. I first deemed the kitchen to be the best space for ballet purely because of the floor — our kitchen and bathroom are the only areas with a hard linoleum surface; everywhere else is carpeted. As the months wore on though, I found myself setting up in the living room instead. This began partially due to the fact that I was switching spaces mid-class anyway, in order to allow my legs enough room to extend and rond de jambe by the time I reached fondus. I basically tired of the mid-class move and started sticking it out for the whole class in the living room. This is my new norm, and I can also easily pop on a YouTube barre and follow along from the TV.

2.) “The commute” – Commuting to dance class used to involve me hopping in the car with my dance bag and driving about 15 to 20 minutes into Charlottesville. While dancing from home eliminates the commute, there’s also a whole slew of things I need to do to prep for a class that basically add up to a commute time when all is said and done. When I was taking class from the kitchen, I found myself constantly having to wipe down the counters, move drying dishes, give the floor a quick sweep, move our kitchen floor mat, etc. I am a bit embarrassed to say that one time during a Zoom ballet class I even went so far as to pop some roasted potatoes in the oven, turn off my camera once they were done, remove them from the oven, and then turn my camera back on like nothing had happened (what is life).

3.) Distractions abound – It is a constant struggle to focus when there are other things going on in your apartment. Not to mention easily accessible snacks! Going to a studio there is always a clear mission, a defined moment for myself to dance, exercise, and enjoy the art form. But at home the intention can get so clouded by everything else.

4.) Technical difficulties – If these were listed based on “most challenging to deal with”, this would definitely be rated number one. The list of potential tech problems is long: freezing, audio problems, loss of internet connection, loss of power (I can never remember to keep my computer charged), finding a successful camera angle — you know the drill. Fine tuning your tech set up is an art form in itself. While I feel like I’ve learned a lot about technology in the process, I also still feel very much like a confused 31-year-old.

“Overall, there is a lesson to be learned — a lesson in patience…”

5.) Aches and pains – While tech problems are frustrating, the aches and pains of dancing in an unconventional space are hard to deal with as well. To be honest, there have been times when I have had to simply admit defeat. Without a sprung floor or marley for some cushion and support, there have been moments when it is just too painful for my body. While I like my current set up working in the living room, it does also put a lot of extra stress on my hip flexors and calves — as I constantly must try to lift up and out of my heels and my hips, “out of the carpet” essentially. I’ve taken a break from center work for a bit because the carpet poses too big of an obstacle sometimes. While I already am not much of turner, carpet makes the push to turn quite difficult and has made my landings very questionable, to say the least. While the kitchen floor provided nice solid footing for a while, that too became an irritant, inflaming my bunions and the soles of my feet.

6.) Dancing with pets – While I love my dog, there has definitely been a learning curve in trying to complete a class with my beagle nearby. We’ve had some good moments and some laughable moments. While I used to just start a class and hope for the best, I now know that I’m going to have the best results if my dog is occupied and/or tired. Oliver is now a pro at staying out of the way of my workouts and ballet classes, but it took us a while to get here. Let’s just say that he’s very aware of Zoom and FaceTime. He’s found his own unique way to participate in some classes — both sitting directly in front of me during Pilates so my teacher can’t see me and standing too close during ballet. He’s not a fan of frappes anymore!

Overall, there is a lesson to be learned — a lesson in patience, something I don’t always have much of. All of these challenges, while conquerable, help us to realize what a gift it is to dance in a studio. It is such a blessing to have access to dance education in a quality space, with friends and students who are also invested in the arts surrounding us. While this time is difficult, it has also given me moments I will never forget — plenty of laughs, Oliver howling at other pets on Zoom, taking an afternoon to teach my mom a virtual class. While virtual isn’t necessarily best, we can still have those human moments with one another — gathering in a common “space” of sorts, to dance and be “together”.

Looking for Private, One on One Instruction? 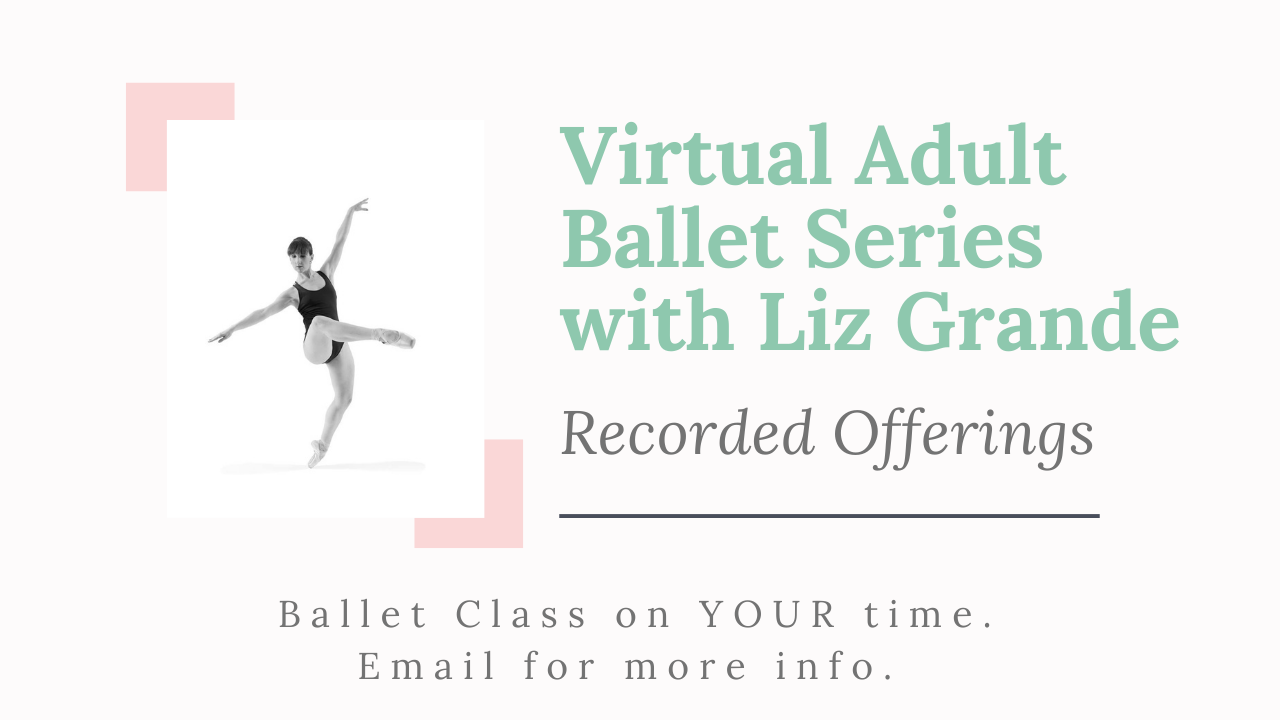 My name is Liz, and I’d like to welcome you to my weekly dance blog. Join me here weekly for insight into the professional dance world and my journey so far. Enjoy and keep feelin’ that J.O.D.!